The value of any currency, including that of digital currencies, is based on the underlying economic activity, and how the markets perceive the strength of such activity. Economic models help to explain, how the value of a currency is established. For the models to be valid, real economic activity related to the currency in question is required. For digital currencies, such activity other than trading and investing into them has been minor so far. This means that the applicability of normal economic models is so far limited. If we assume that critical mass for a currency is reached, enabling a very different level of activity, accordingly, the results will be very different.

To explain the value of the currency, we use the quantity theory of money including the Fisher's 'equation of exchange', named after an American economist and one of the pioneers of monetarism, Irving Fisher. As this equation illustrates, the value of money supply is the result of a number of factors.

A key concept is the 'velocity of money', meaning the total expenditures or income in that currency, divided by the money supply i.e. the total quantity of currency in circulation.

If we look at what the current economic activity is worth globally, we end up with a figure in the region of 100 trillion US dollars or USD 100,000,000,000,000. The global money supply is roughly half of it, depending on the definition used, giving a velocity of money around 2, when the equation of exchange is applied. This means that each unit of currency on average changes hands twice every year. If that is the case, it also implies that, on average, people have currency balances amounting to half a year's purchases or income. Some have less, some more.

To determine the value of AXU, the volume of future transactions on the HydraNet and the velocity of the native currency would need to be estimated.

So if you take the extremes of these scenarios above, dividing the potential economic activity by the projected velocity, you would end up with the low-end scenario of USD 50 billion (USD 1 trillion divided by 20) and a high-end scenario of USD 10 trillion i.e. a volume USD 20 trillion divided by the velocity of 2. Note that the low-end scenario would correspond to the total value of bitcoin now at the bottom of the market towards the end of 2018. The features of this currency and the network will be far superior to bitcoin that can by no means become a global payment currency due to its deficiencies such as low transaction confirmation speed and volume, meaning that a leading next generation digital currency should easily attain a value that is far superior to that of bitcoin, when in full circulation and use.

The total supply of AXU as of today is a bit less than 1 trillion, 922 billion units. When the new currency reaches a full-scale adoption in the longer run, the value of the new currency will equally attain a value reflecting its underlying economic activity, so, in accordance with the equation of exchange, it may at that point reach a parity with the USD (note that e.g. bitcoin did not only reach partity with USD but increased up to 20,000 higher, due to its much more limited supply). This means that the eventual value of each AXU reserved (which will be exchanged for the eventual digital currency of the HydraNet) would correspond to one USD.

In the early stages the value of AXU is likely to be perceived to be anywhere between zero and the eventual dollar parity. The faster the community of users grows and the faster the potential of the platform is appreciated, the sooner the value will increase. 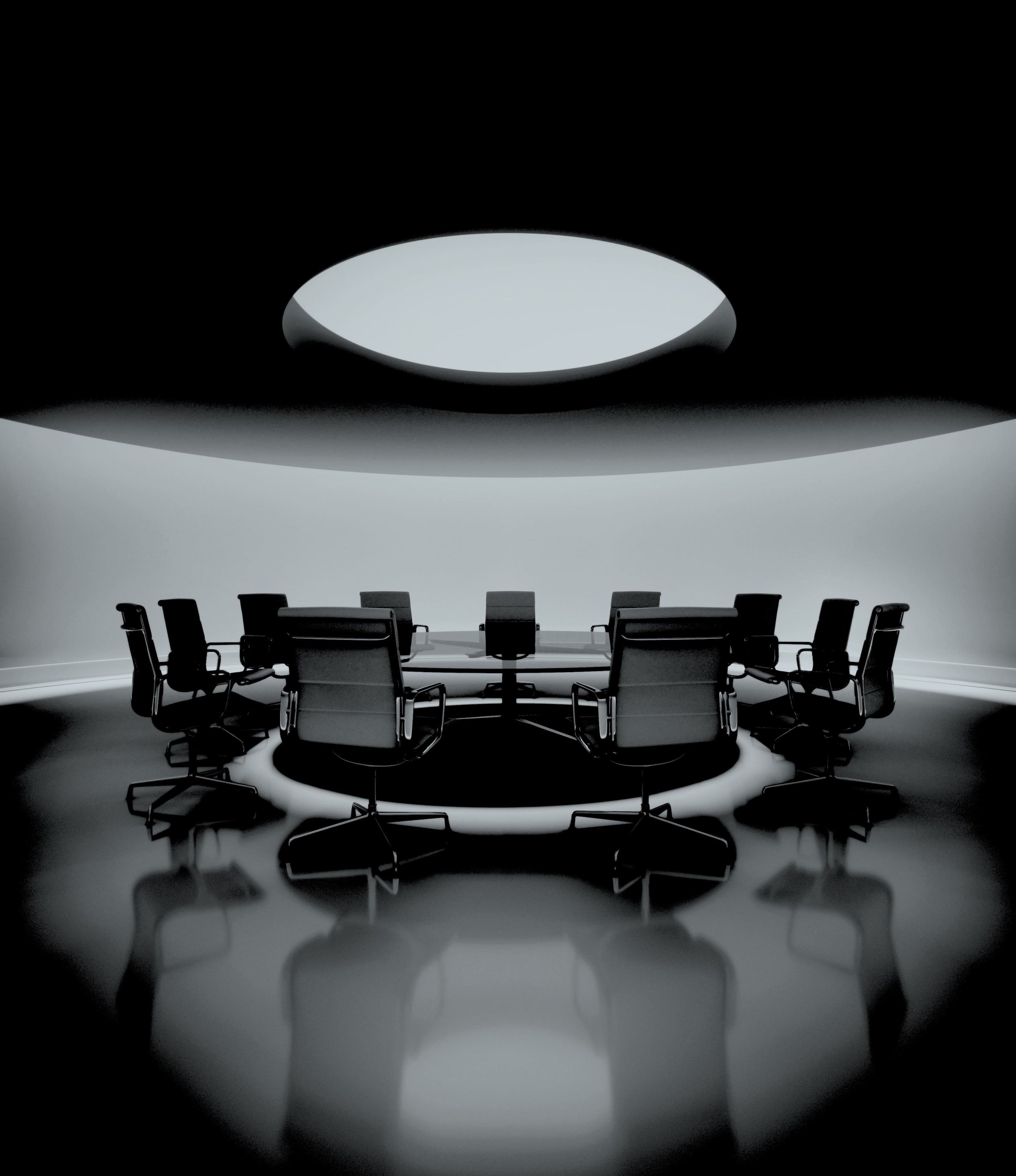 The key objective of a currency governance mechanism is to maintain the stability of the currency and ensure that the money supply reflects the quantity of the underlying economic activity. Excessive swings in the value would erode the general trust in the currency and hinder its ability to be used as means of payment or a store of value. Such swings in the values of digital currencies have hindered their ability to be adopted to mainstream use so far.

As it has been seen in so many countries, economic mismanagement, corruption and embezzlement by public powers and those holding positions of power has led to dramatic loss of value in the currency (hyperinflation, collapse of exchange rate), disruption in trade and finance and damage to the overall economy, pushing people to use other currencies and even leave the country altogether. Examples such as Venezuela exist today.

To maintain the stability of the value of the currency, the money supply should not grow faster than the economic activity or output and the demand for the currency. Excessive supply causes inflation i.e. loss of value per unit of currency. Too small, restricted supply, on the other hand, causes deflation i.e. the inverse of inflation. This happened to bitcoin that has a very limited supply of 21 million units, 80% of which is outstanding: the value did not only reach the dollar parity but grew 20,000 times higher at the peak of the cycle.

The major problem with bitcoin and other digital currencies has been the lack of real underlying economic activity so far, making the valuations purely speculative as they do not reflect in the same way the strength of the underlying economies as those of fiat currencies do. When a different approach is adopted, building a community of users to launch the currency and the payment network, this process of initiating real economic activity is likely to gain pace sooner, making it possible to assess the value of real economic activity using the currency.

When there is a mechanism to adjust the outstanding money supply better to the underlying economic activity and to the demand emanating from it, the stability of the currency regime can be better ensured. This is the objective of the monetary policy to be applied. Support for economic growth is even more important: stability does not create wealth, but only growth does, while stability gives predictability that is important for any financial planning. Another objective is also to maximize the de-centralized nature and resistance to any censorship of the currency by restricting any intervention to measures that cannot damage it in any manner.

Having a digital currency on a DLT platform enables wholly different monetary measures from those applied to fiat currencies, including real-time availability of data. The management of the currency's monetary policy will be an optimal mix of advanced technology and human touch.

It is indeed a key objective of the monetary policy to have the money supply match the underlying economic activity so that the purchasing power of the currency remains stable.

For these reasons it is seen that the money supply should reflect the demand to hold the currency. The money supply cannot be expanded for objectives that cause inflation and even hyperinflation as is the case in many fiat currencies, where money supply is excessively increased to print money to repay public debts or e.g. there are administrative devaluations of the currency vis-à-vis other currencies - and there would not be any reason either, as this is not a currency managed by a central government of any kind. The monetary policy instruments to control the supply would be there only to promote currency stability and adoption.

For the new currency to fulfil its function as effective means of payment, its value should be stable and predictable, to enable prices and transactions nominated in the currency not to be disturbed because of any sudden fluctiations.

To achieve this, the new digital currency stock will not be released in one go but gradually, with each member having their new digital currency liberated for use in controlled steps that match the growth of the economic activity within the network. Maintaining such controlled release will help to create a path for the value of the currency to converge towards dollar parity.

Monetary policy, intended to stabilize and optimize the currency as to maximize its popularity and use, will be automated to the extent possible. While a fully automated monetary policy will be the ultimate goal that can only be achieved after a process that has gathered sufficient historical data, built the algorithms and other models, and verified the functionality of the models used in practice in delivering the desired results. Therefore, monetary policy management cannot be fully automated in the early stages, but a human touch (experience, expertise, analysis, forecasting, psychology) is required to support policy execution and refinement in order to calibrate it towards its eventual objectives.

There are always concerns for sufficient level of decentralization and resistance to censorship by central authorities, in order to maintain the full independence of the currency. This can be achieved by leveraging the structural design of the underlying blockchain network. As explained in the Architecture of Money, there are 12 network supernodes conceived, the 'heads of Hydra'. For each of those that have been voted by the network users using a rule-based mechanism, a representative will be appointed, and the supernodes will respectively send their representative to the central monetary council. The monetary council will have a rulebook and limits within which to operate in order to maintain, stabilize and grow the value of the currency. Measures causing debasing of the currency will not be allowed. Policy execution can be largely defined by functions and their paramaters (setting parameters will be eventually automated, which is the initial duty of the council). Breaches or attempted breaches of rules will lead to disqualification of such representatives. Subjecting the representatives to user voting will ensure independence and democratic decision making within the system. The council will be called 'Camelot' given its 12 members and collegial decision-making in the protection of the currency and its value.

The council will be supported by real-time data from the network, enabling very focused actions and decision making in choosing and applying the monetary instruments available. When the volume of data stored grows and and the models and algorithms are developed and their performance tested in practice, whether they fulfil the objectives of the policy, leading to a better and more exact calibration of such models, the role of the council will gradually diminish. Eventually, the management of the monetary policy will be fully automated, being decentralized and censorship resistant. Such gradual course is seen as more realistic than the hard-coded option right from the launch, because the algorithms cannot be trusted to be able to take all dimensions into account, when there is no operating history at all at that point forming sufficient pools of data, nor can the models at least at that stage account for the other factors such as psychological ones either. However, with the council members being elected via the supernodes will enable the fully democratic and de-centralized governance of the currency right from the start.

It can also be noted that this approach is in between the fixed supply of bitcoin that may cause excessive swings in value due to limitations in supply that may be too large or too small, and the model used e.g. by Ethereum, where there is no limit to the supply but it is growing all the time, in theory indefinitely. The managed approach opted only increases or decreases the available supply in function of the underlying economic activity and targets inflation rate that is close to zero.

Some of the key monetary instruments used by the council in the stability management of the currency could be: